Getting connected in Melbourne 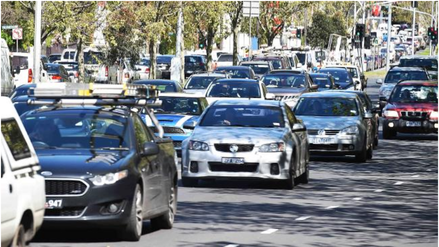 A ‘living transport lab’ is being created in Melbourne, Australia. A 1.2 square km ‘test bed’, taking in busy freight and commuter routes and shopping strips – including Australia’s most congested road, Hoddle Street – will be fitted with thousands of sensors, enabling communication between thousands of devices and data sets that have until now been islands - such as tram and train movements.
The University of Melbourne is collaborating with industry leaders from around the globe to integrate data from VicRoads, Public Transport Victoria, the city of Melbourne and the city of Yarra, with traffic updates to deliver insights into traffic planning, pedestrian flows, public transport efficiency and freight movements. The information comes from PTV Group, which will provide a number of technologies to predict real-time traffic flows.
The Dean of the Melbourne School of Engineering, Professor Iven Mareels, said, “This would pave the way for connected and autonomous vehicles. The whole world is talking about driverless vehicles and climate change, energy conservation and reducing pollution.”
If there’s one place that needs radical action, it’s Hoddle Street (above). A $60 million state government plan to reduce congestion, announced in August 2016 was likened to "using a Band-Aid to fix cancer" by City of Yarra councillor Stephen Jolly according to The Age Victoria.
It’s obviously changed a bit since my grandparents were married in Melbourne in 1925…